While on Ebay, I came across a large lot of Britains Herald Guards in the kneeling firing position. A few years ago I had collected some other Heralds with the idea of having a war-game outside. I give up on the idea as the figures didn't stand so well in the grass. However, I won the lot of Guards at a cheap price. The kneeling figures seemed to stand well in the grass and I thought that I might get some use out of them.  Of course who to fight? The idea of painting some of the figures a different color came to mind.  The figures are worn after all. I haven't made up my mind if I will really do it. 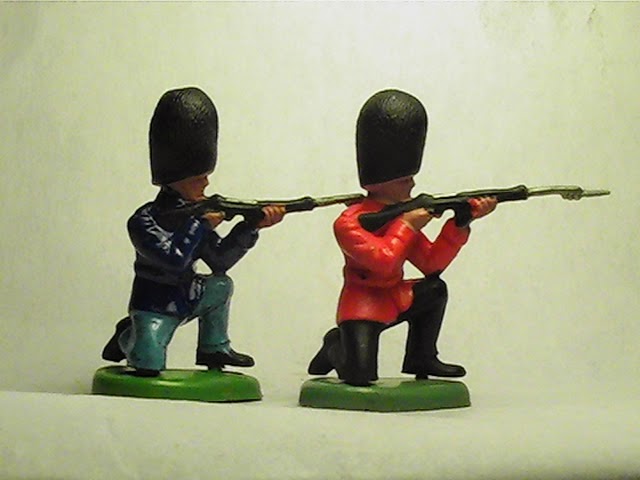