My wife and I finally managed to go camping a couple of weeks ago. It was my first real vacation in 10 months and was much needed. Last year while camping I started rereading all of Donald Graves books on the Canadian battles of the War of 1812. I was disappointed that he never wrote a book about the Battle of Queenston Heights. However, another author, Robert Malcomson, wrote a book about the battle. It was also put out by the same publisher of several of Mr. Graves' books and was the same quality read.  The name is "A Very Brilliant Affair" and  is worth the cost just for the Appendices, some which lists all the officers (and some of the enlisted men) of the units involved in the battle.
The book has me thinking of getting a couple of War of 1812 games in. With this in mind, I finally broke down and bought Stuart Asquith's Scenarios for the War of 1812: War Game Actions from the War with America 1812-1815. One reason I hadn't purchased this before was the cost. However, after receiving it, I regret not buying it before.  It is a good volume for anyone wanting to wargame the war, but doesn't want to go too deep into research. With 12 scenarios, it would be enough to keep a gamer going for a long winter and, what I think makes this period so interesting, the different units involved: professional soldiers, militias, Native Americans, and a cast of interesting Generals and battles fought in all different conditions. Also, for those interested in age of sail battles, the war fought on the Great Lakes makes for interesting naval warfare. No Ship of the Lines or Frigates involved on the lakes, just small combatants. 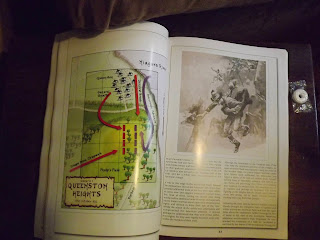 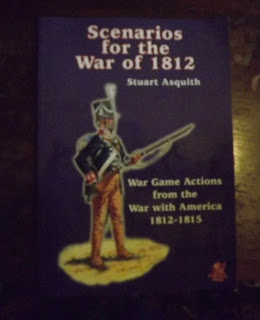 Email ThisBlogThis!Share to TwitterShare to FacebookShare to Pinterest
Labels: Books, War of 1812